Save money with a cheap car hire Southampton Airport deal. Booking Southampton car rental is a great way of seeing all the highlights of the city and further afield.

Southampton Airport is the twentieth biggest international airport in the United Kingdom located within the Borough of Eastleigh within Hampshire, England.

The airport handled almost 2 million passengers in 2019. It is situated just six kilometres from the city centre of Southampton. With more and more budget airlines opting to operate from regional airports, you can easily find excellent bargains by flying from these scaled-down international airports.

For those of us who reside in southern England, the trek up to London to catch a flight out of the country can be considered a bit of a pain.

A lot of bargain flights often depart from Stansted, instead of Gatwick or Heathrow, which makes things even harder given that Stansted is north of London and requires traveling on the dreaded M25. 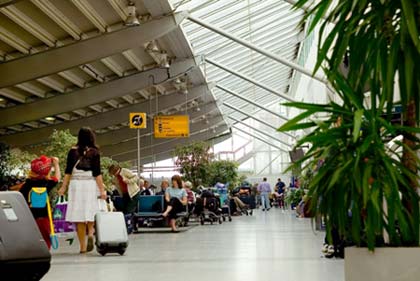 Smaller can be Better

Some people have expressed concerns about traveling from these smaller airports, worrying that the facilities will not be as extensive as found in  London airports or larger regional international airports such as Manchester and Birmingham.

Among the benefits of the airport being smaller than some rivals is that everything here seems to happen a lot quicker.

The carpark, for example, is located directly opposite the only terminal building, ensuring a short walk from your car to the check-in desk.

Even if you take advantage of the long-stay car park, you will find that the free of charge bus service to the terminal building only takes minutes.

Train to and from Southampton Airport

Those arriving by train will similarly discover that the process is really fast. The airport has its personal dedicated mainline railway station called Southampton Airport Parkway situated just a 3 minute stroll away from the terminal.

The station is on the mainline to London Waterloo, that is less than one hour and a half away. As soon as you arrive inside the main building you will find that check-in tends to be faster than with the major international airports.

Amenities within the airport are undoubtedly much more limited than those at the larger alternatives but you will find a cafe, tax-free shop, newsagents and car rental booths. There are five major Southampton car rental firms located within the check in area of the main building.

Grab a quick Southampton car hire quote today and see just how cheap our prices are.