Check out our great value Toulouse Airport car hire deals. If you choose to hire a car in Toulouse then you have the choice of visiting some nearby towns and attractions. Recommended areas include Limoux, Albi and La Penne.

Numerous Irish and British people have travelled to Toulouse in the last couple of years for rugby reasons. That looks set to continue as Leinster and Munster continue to reach the latter stages of the major competitions.

Toulouse Blagnac Airport connects to numerous areas with many routes within France and the Mediterranean. Some even fly to Africa on a regular basis. It also serves as a main tourist hub, bringing tourists in towards the MIDI-Pyrennes.

This airport caters for both business visitors and holiday traffic due to its location. It is a 2-storey terminal that has all of the usual facilities  You will find two halls known simply as hall 1 and 2.

The halls are further divided in to upper and lower levels, which are meant for departures and arrivals, respectively. The varied duty free stores carry many products ranging from every day use items to local handicraft items.

There is a bank at arrival hall 1 plus a currency exchange at departure hall 2. You can also find a post office at departure hall 1 and a photocopying service in hall 2. Web access is accessible at terminals as well as via Wi-Fi.

Places to Visit in Toulouse

The Musée des Augustins is an excellent location for people keen on the arts. The building was once an Augustinian monastery in the 14th century.

You’ll discover items here dating back as far as the 14th century right up to the 20th. The Basilique St-Sernin church is really a fantastic instance of Toulouse architecture. It’s regarded as the biggest Romanesque structure ever built.

It was constructed within the 16th century and remains practically untouched by time. Inside the church you are able to find items such as tombs and holy relics. Located in the old town, the Church of the Jacobins is a gothic style building built within the 13th century. The famed philosopher Christian Aristotle is buried right here as is Saint Thomas d’Aquin.

Toulouse is situated between the Mediterranean and the Atlantic coast. It is famed for its stunning architecture and also its involvement in Europe’s space program. In the east of the town you’ll find Space City. Right here you can find out numerous fascinating details about space and what exists outside Earth.

The centre houses a complete size replica of the Mir Space Station. You will find a lots of virtual technology items to attempt such as a space shuttle landing. It is a truly fun place for both children and adults. 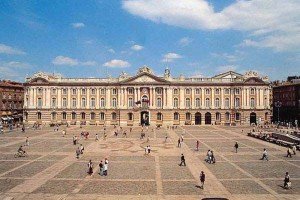 Book a low cost car rental Toulouse deal today to obtain the best price possible and to make sure that your rental car is prepared and waiting for you when you arrive at the airport. You choose the car and we take care of the rest. Check out our low cost car hire in France deals and save.