Compare car rental London City Airport prices using our cost comparison booking engine. London City Airport is a single-runway airport for short take off and landing airliners. It principally serves the financial district of London and is located on a former Docklands site six miles east of the city of London opposite the Regatta Centre within the Borough of Newham in east London. In 2009 London City was the 5th busiest airport terminal in terms of people and aircraft movements serving the London area following Heathrow, Gatwick, Stansted and Luton and the fifteenth busiest within the UK. The airport terminal has created a master strategy outlining their vision for growth up to 2030. The strategy shows an expansion of the airport to a maximum capacity of eight million people per annum without having the addition of a 2nd runway or significant expansion of the airport boundaries. Its at its busiest throughout the winter months, when the rise in passenger numbers is largely caused by flights to various winter sports and ski resorts. For details of destinations which can be reached from London City Airport please visit the official website.

The  terminal is small compared to the other 4 London ones, but this allows travelers the advantage from fast turnarounds, enabling passengers to check in as late as fifteen minutes before departure. Simply because the 2012 London Olympics will be held  less than thirty km away from London City Airport, plans are currently underway to redevelop it to cope with the increased passenger traffic. You are able to get there by a variety of techniques including hiring a car with 3 London City Airport suppliers with desks on the ground floor concourse. 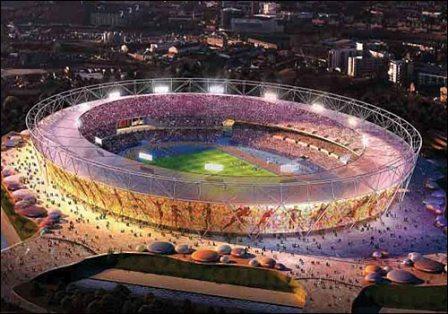 You may prefer public transport with a choice of two bus providers connecting to the airport or Docklands Light Railway operates from the airport linking to the London Underground. The last option would be to get a taxi and there is a rank directly outside the  building which is licensed through the Council and provides London black taxi cabs. The terminal building is split on 2 floors with check in and arrivals on the ground floor. Simply because the building is pretty small it’s not difficult to find your way around. The departures lounge is on the 1st floor exactly where you will discover a number of shops to buy last minute items prior to your flight and locations to obtain some thing to consume and drink. If you’re departing from the airport and want to leave your car there then you have several choices for parking at the airport terminal both brief and long stay.