Explore this amazing island with a car rental at Santorini Airport deal. Santorini is among the few Cyclades Islands with a major international airport. It’s located six kilometres to the southeast of Thira. Santorini is often known as Thera and is amongst the most eminent and beautiful Island located in the Aegean Sea about two hundred kilometres south east of the capital Athens. It is a small island of around seventy six square kilometers. Its shore is about seventy kilometers long while its width varies from two to six kilometres. There are numerous things to visit and experience in Santorini. The villages are exceptional and will provide you with an unforgettable time you will not forget. They are spectacularly stunning as a result of their distinctive attributes and unique appearance. Whitewash homes with blue colored windows and doors along with blue dome churches and incredible landscapes are just some of a number of good reasons why Santorini is among the most popular holiday and vacation locations in the world. Fira town is the capital of Santorini Island which clings to the edge of a cliff at a height of two hundred and sixty metres and offers great views of the submerged volcano. 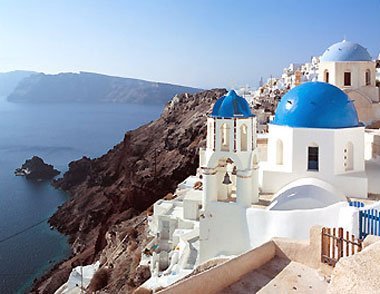 Fira is centrally situated at ten kilometres away from the port of Athinios. It’s regarded as among the most beautiful of all villages with approximately two thousand long term inhabitants. Oia is filled with charming houses and sun-bathed verandas. Its narrow streets have a lot of tourist shops as well as taverns, cafés and lots more. It’s been attracting guests and artists for many years. There are breathtaking scenery’s with delicious diners and stylish shopping opportunities. Be sure to check out the Maritime Museum with its library and exhibits based on the marine existence of this area. If you go down three hundred steps from Oia towards the port of Ammoudi and to the seashore of Armenis it is possible to get the boat to Thirasia. An Island like Santorini can’t be found anyplace in the world with a great number of beautiful beaches, museums, wineries and much more on offer. Perissa is regarded as being among the most well-known beaches of Santorini Island situated fifteen kilometres south east of Fira. Due to its outstanding and wonderful black sandy beach Perissa continues to attract massive amounts of visitors and becomes quite crowded during summer holiday time.

There are plenty of hotels, eating places, seaside bars and night clubs available here.  Akrotiri Red Beach is amongst the most popular and lovely of all the beaches of Santorini. Its found close to the village and historical site of Akrotiri. The beach has wonderful red sand but is a small seaside area and can get crowded fast. One can uncover chairs and paddleboats for rent. The red beach is accessible by car and also can be reached by sea with the help of boats that departs from the ports of Akrotiri and Fira. Kamari Black Beach is the longest and busiest as well as being the islands first beach resort. It is situated 10 kilometers south east of Fira. The landscape of the beach is similar to Perissa with breathtaking black sands.