Discover this beautiful island with a cheap car rental Isle of Man deal. The Isle of Man is a stunning place tucked between the United Kingdom and Ireland. It has a wide range of attractions to offer its visitors. The Isle of Man Airport is also known as Ronaldsway International airport. It is situated to the south of the island at Ronaldsway close to Castletown which is six miles southwest of Douglas (the islands capital). It is one of two primary gateways to the Isle of Man, the other one is the Isle of Man Sea Terminal. The international airport has scheduled providers offering services to the United Kingdom, the Republic of Ireland and the Channel Islands. It annually deals with up to eight hundred thousand passengers.

The isle is a Pandora box, filled up with everything from steam engines to mountains that can be hiked and the ocean filled up with exotic wildlife. One big attraction of this small island, which draws a large number of bikers from around the world may be the Motorcycle race event. Be it for fun or for relaxation the Isle of Man has something for everyone. Isle Glens is an isle that is pristine and untouched and has its share of gardens for people to go to. The valley between the hills and also the lengthy coastline offers plenty of nourishment for the flora and fauna within the area. The coastal regions are filled with sandy beaches, and rocky pools which are a sight to see. 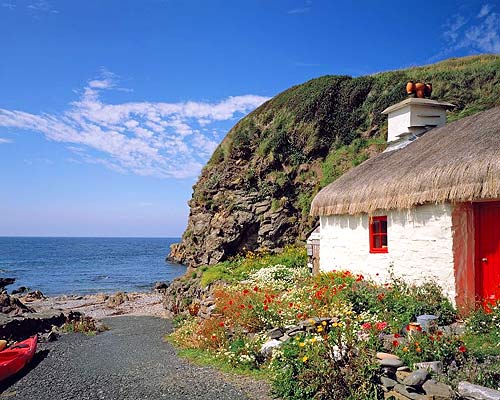 In all there are about seventeen national gardens on the Isle of Man. Each one has its own personal beautiful surroundings and plenty of walkways.The best way to travel around the island would be to hire a car. You can rent a car on arrival but pre-booking is recommended to make sure that you get the car of your choice and to save time by completing most of the paperwork prior to your arrival. Each and every town has its share of museums which educates visitors on the rich history and also the significance of the Isle within the world. The Manx museum holds all the national treasures. Paintings and artifacts depicting life as it had been earlier and how it has changed provides the visitors with a good concept of how the island has evolved. For people who love Motorcycles, they have to make a trip towards the Motorcycle Museum. It has the largest selection of vintage bikes and manufacturers and is journey which will take bike lovers to the yesteryear’s and teach them about the biking scene decades ago. Overlooking the City of Peel stands a tall tower called Corrin’s tower. It was constructed by Thomas Corrin around 1806 to signify the area that he owned. These days, a graveyard stands right next to the tower, where he and his family members have been buried.

The tower is square in the bottom and is four stories high with a salon within the third floor, which is exactly where Corrin used to invest most of his time. Also known as Corrin’s Folly, this tower is in the middle of nowhere and draws tourists who are fascinated by this structure and look forward to exploring the interiors. What was meant to to be a large pavilion was shut down and reopened as a Opera house known as the Gaiety theatre. Around the late fifties this theatre became a cinema theatre screening the latest popular releases. It continues to warm the hearts of locals and visitors with its palatial look and grand interiors.