Take a look at our cheap car rental in Ipswich deals today. See all of Suffolk at your own pace. The town of Ipswich has retained much of its old world charm in the architecture that is discovered there today: It’s also Suffolk’s county town and conveniently situated inside simple reach of Bury St Edmunds, Felixstowe, Lowestoft and Diss either by bus or rail.  We also offer a car hire Norwich service. There are lots of things to do in Ipswich such as taking a stroll beside the marina and even taking a boat out on the river. There is an abundance of shops such as high street names as well as independently-owned boutique businesses selling all sorts of presents, jewelery, equipment and clothes. Christchurch Park is a truly stunning location to appreciate a picnic and enjoy the scenery. Followers of golfing may also go to Fynn Valley Golfing Club to play a round or two on their eighteen and nine hole golf courses and there is expert tuition available should you need it. 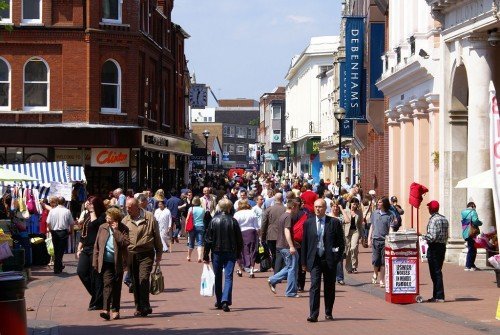 The golf programs are open to members and guests alike. There is also the fantastic Hintlesham Golf Club which is a completely self-contained club which occupies one hundred and fifty acres of glorious Suffolk countryside. Ipswich Town Football Club would be the local team and you may be lucky enough to catch them playing at their home ground which is called Portman Road Stadium. They had two of England’s most successful soccer managers in Sir Alf Ramsey and Sir Bobby Robson although recently their performance has dipped and they play in the 2nd tier of English football.  Take a look at the Ipswich Witches speedway group in the Foxhall Stadium where races have been played out for over fifty years. Rugby fans can select between Rugby League and Rugby Union as unusually the city has teams for each of those rugby codes. Fans of the theatre and other performance entertainment will probably be spoilt for choice in Ipswich.

You are able to enjoy some theatre in the heart of a magical forest with the Red Rose Chain or attend one of the on-going, ever-changing performances or events at the Ipswich Regent Theatre and the Corn Exchange. Check out what’s running this month at the Wolsey Theatre in Ipswich. One of the more interesting museums in Ipswich is also one of the smallest. It’s the Clifford Street Air Raid Shelter Museum. It is not open very frequently but if you are see it then be sure to visit. It offers a fascinating insight into some of the experiences of the 2nd World War. Ipswich has an incredible spread of cafes and eating places to choose from and also you are certain to find some thing that suits all tastes.

You are able to eat beside the marina at Quayside and even dine aboard a France Brassierie on a one hundred and ten yr old Dutch boat at Mariners Restaurant which is just minutes away from Ipswich town centre in Neptune Quay at Ipswich Marina. If you’ve got time you will find cinemas and theatres where you can spend a leisurely night viewing the performances. For those who desire a drink you will find lots of bars and pubs in the centre of Ipswich as well as several evening clubs so that you simply can dance the night away if you wish.