Rome is ripe for discovery and with a Fiumicino Airport car hire service at your disposal, you have nothing to hold you back. Compare cheap car hire Leonardo da Vinci Airport prices and save.

Hire a car for real versatility whilst in Italy. You are then able to choose exactly where you need to go and when you want to leave.

You will find lots of wonderful areas to be seen outside of Rome that are very easily reached by road. Don’t forget to check out our cheap car hire Ciampino Airport offers. We compare cheap car hire Italy deals in hundreds of locations. 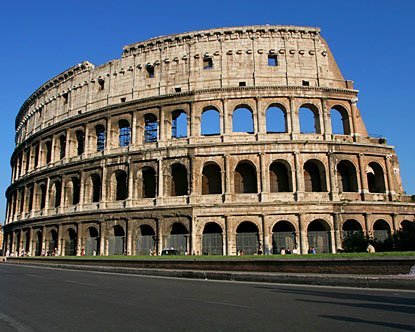 It’s situated 35 km’s from Rome city. It was the world’s twenty seventh busiest airport by passenger traffic in 2017, and is also the hub for Alitalia.

The airport is named after Italian polymath Leonardo da Vinci, who first designed a proto helicopter and a flying machine with wings.

There are five terminals in the airport with the final one opening in 2008 – Number 5 – which caters for almost one million passengers a year.

Rome Airport opened in 1961 as another choice to Ciampino Airport which now deals primarily with budget airlines.

The airport first opened with just 2 runways. Alitalia Airlines that operates out of Rome invested heavily in the installation of the 3rd runway to deal with the increased number of airline visitors at the airport.

Aer Lingus fly into Terminal. Terminal A is used mainly for domestic flights while Terminal C caters for worldwide flights.

In total, the airport has one hundred and twenty two air carriers.

You will find free shuttle buses provided between terminals. A taxi from the airport to the city will set you back around 60 euro. Travelers have the choice, if they wish to save cash on cabs and utilize the train which is a thirty minute ride to Rome and disembark in downtown Rome.

Shopping at the Airport

Rome Airport provides travelers with a wealth of shopping experiences with a choice of over one hundred and forty outlets all through the airport terminal supplying a different array of items from designer clothing, perfumes, jewelry and food.