We compare car rental Ciampino Airport costs to get you the best deal possible. Hiring a car in Rome is easy with our price comparison booking engine.

Ciampino Airport is located 15 kms from Rome. It’s quite small in comparison to Rome’s main airport terminal – Leonardo Da Vinci International Airport which is also occasionally referred to as Fiumicino Airport. We offer Rome car hire at various pickup points including all airports.

Rome is among the most famous cities in the world. The Coliseum, Spanish steps and Trevi fountain are all well known attractions in the city. It’s a city complete with spectacular architecture and magnificent monuments.

There’s a lot to discover and admire about Rome. It is occasionally known as the Eternal City. It is a city that never sleeps. Take a walk at 2am and you will see numerous people out having meals in restaurants. 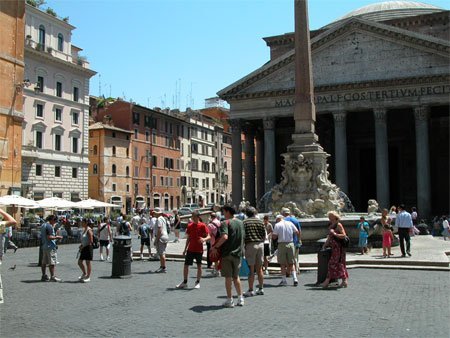 Piazza Novona is an excellent location for discovering good places to dine out and lively bars to get a drink in. The Trevi fountain is a wonderful site to go to at any time of the day.

It’s a stunning sight to behold and is always a large draw for visitors. The fountain is a unique location for loved up couples to propose marriage so do not be surprised to find someone on bended knee.

The Coliseum is situated centrally in Rome. Here you are able to get an idea of how life was in Roman times. The Coliseum was utilized for gladiatorial contests and could seat over 50,000 spectators.

It was used for over 500 years with the last recognized games believed to have taken place within the sixth century.

The Spanish steps are a wonderfully romantic location to visit. They comprise of a lengthy staircase which connects Piazza Trinità dei Monti at the top and Piazza di Spagna on the base.

The steps were built in the 17th century in order to connect the Vatican using the Spanish embassy.

The steps serve as the backdrop for many events all year round in Rome, including fantastic floral exhibits within the spring, the Donna Sotto le Stelle fashion show within the summer along with a Christmas nativity scene.

Naples is a couple of hours away. Take a look at our car hire Naples Airport prices if you need a quote.

Ciampino first opened its doors in 1916 and operated as Rome’s main airport up until 1960 averaging more than 2 million passengers a year.

When Leonardo Da Vinci Airport opened, Ciampino saw its traffic drop. After years of decline the airport has seen a huge revival in its fortunes. It is now one of the fastest growing airports in Italy.

In 2017 the airport catered for more than 5 million passengers which represented a big  improvement on the previous year. The increase in traffic at Ciampino has been so dramatic that it has led to noise complaints from nearby residents.