Check out our cheap car rental Reus Airport offers. When visiting this part of Spain, a car hire service can come in very handy indeed.

There’s an airport in this area known as Reus Tarragona International Airport. It sits 4 kms from the town of Reus.

From the airport to downtown Reus is a seven kilometer drive. It’s just eighty kilometres south of Barcelona on the CN420 road to Tarragona.

From the railway station in Reus, there’s a daily train service to Barcelona which takes about fifty five minutes.

The best way to discover Reus and the surrounding region is by hiring a car.

It’s easy to drive around the Autopista del Mediterraneo which is the principal motorway heading north to south along Spain’s east coast.

From the Autopisto, just follow the T315 which runs straight into Reus. If you are approaching from western Spain, drive on the main E90 motorway and join the N420 in the direction of Baden.

Reus is situated in the north east of Spain around the Costa Dorada. It’s a historic city with lots of interesting sights to go to and see plus whenever you need to acquire a drink or some food there are a number of great bars and restaurants.

It’s not too far away from the Mediterranean Sea. It’s located on the western side of Barcelona and is really a nice part of Catalonia’s Tarragona provine.

Reus is renowned for its modernist buildings so much so that you will find official excursions to be taken that will bring you through the various trails that are littered with works of the modernist masters who formally lived in Reus.

The tour will also take you to the Salvador Vilaseca Museum and also to the Art and History museum. 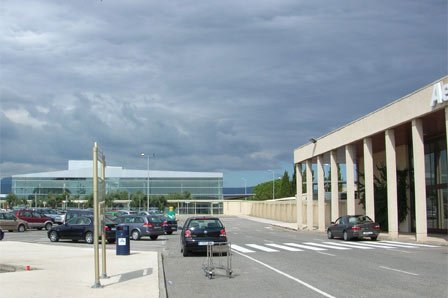 For those who have children, they’ll adore the Port Aventura Park. It’s one of the largest theme parks in the world and it actually rivals Disneyland in Paris which needless to say is stating something. It’s a park with various spots modeled after numerous exotic areas.

Reus is most famous for being the home of the well-known architect Antoni Gaudi but sadly it boasts no examples of his work. The finest Modernist creations are by Lluis Domenech I Montaner which include the Pere Mata Institute and the Casa Navàs as well as the Casa Rull.

Reus has for many centuries been notable for the production of wines and spirits particularly brandy. Other locally produced goods include olives and hazelnuts.

A recommended tour of Reus begins within the Plaza de Prim with its stunning Theatre Fortuny along Calle de Monterols to Plaza del Mercadal which still contains all its period furniture.

Plaza de Sant Pere includes a 16th century Gothic church with an octagonal bell tower from which you can see the whole of the Costa Dorada.

If you’re arriving into Reus Tarragona, ensure that your journey is planned perfectly. Apart from your travel tickets and resort space, having a car to drive in Spain can be essential. Search for a low cost Reus Airport car rental deal.

Tarragona offers a complete day of sightseeing. It’s only a fifteen kilometre drive from Reus. It’s the capital of the Costa Dorada, standing on a hill overlooking the Mediterranean sea.

Tarragona has a large variety of tourist attractions concentrated in a small region. It’s imposing Romanesque-Gothic cathedral has one of Spain’s best cloisters dating back to the thirteenth century.

Nearby you can find the archiepiscopal palace and also the archaeological museum. You’ll find almost everything of curiosity within the city walls.