Search for a low cost car rental Gibraltar Airport quote today. Gibraltar Airport is just a two and a half hour flight from London’s Gatwick Airport. The British Pound is the currency and you can take advantage of VAT and duty free shopping. Gibraltar is really a great place for a weekend get-away. If you’ve been there before and thought that’s its just tired outdated pubs and a great deal of nasty fish and chip shops then give it another go as its more in the style of cocktails and cappuccinos these days. The British territory of Gibraltar is served through the posh and modern day Gibraltar International Airport. It’s got a Spanish section though covering the city of La Linea. La Linea is a port city sitting on the Gibraltar border. Lots of vacationers to Gibraltar opt to stay over at La Linea than right in Gibraltar city. La Linea may be the the quieter of the two but is also a less expensive selection for your Gibraltar holiday. If you are in Gibraltar it is possible that you will pay a lot more to get a hotel than in La Linea. In La Linea everything is a little more inexpensive be it apartments, restaurants or bars. 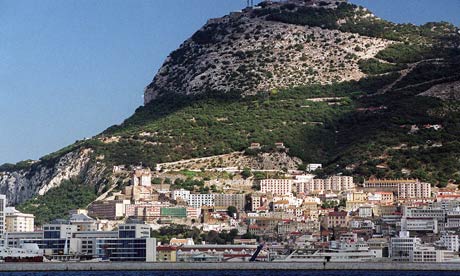 Despite the fact that most people there communicate in both English and Spanish, it is English that is the official language. You will hear a combination of Spanish and English named Llanito spoken throughout the Rock. The population of the Rock is around twenty nine thousand. Gibraltar is only a forty five minute drive from Marbella. Gibraltar is historical as well as being fun and there’s plenty of opportunity for shopping. Make sure not to forget your passports as Gibraltar is a self governing British territory which means you will need to show your passports to get across the border and you will also need to get some Gibraltar Pounds or trade United kingdom Sterling. Lots of stores will take Euro and in some cases Dollars. If its sightseeing that interests you then you will find several mini bus tours all open for trade in the Marketplace Square and it is not a bad approach to see the island actually. They are going to normally start off by taking you out to Europa Point where on a nice day you will have views out over North Africa.

You will also be taken to St Michael’s Caves. These caves have supposedly been residence to all sorts of people over many years including a Neanderthal man whose skull is on display to this day. You are likely to see some of the popular Barbary Macaque or Rock Apes right here. A trip to Gibraltar just is not right without seeing the apes. You’ll find about three hundred dwelling on the rock plus they can be witnessed by taking a tour or by taking the cable car up the rock and stopping half way at the apes den.