See how much money you can save today when you compare cheap Eindhoven car rental rates. We offer car hire Holland deals in plenty of locations around the country.

Eindhoven Airport can be found eight kilometres away from the city. It is a one hundred and twenty kilometre drive to Amsterdam from the airport.

Eindhoven Airport was known as Welschap Airport up until 1998. The airport suffered considerable damage during the Second World War with much rebuilding work needed. 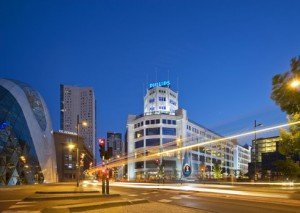 Flights to Eindhoven from Ireland and the UK

Ryanair offer routes to fifteen different locations from Eindhoven Airport. Some of the most popular routes include Dublin Airport, Stansted, Alicante, Girona, Marseille and Pisa.

There are bus services from the airport to Eindhoven and Amsterdam. There is no train service however you may catch a train at Eindhoven Central if you wish where there are plenty of connections available.

Taxis are also available outside the airport.