Belfast City Airport is located off the A2, Sydenham by pass road between Belfast and Holywood on the southern shore of Belfast Lough.

Translink run a route to Central and Victoria Street Stations. Flexibus operate the Airlink each and every 20 mins from the Airport terminal to the Belfast Europa Bus Center. It’s a  5 minute walk from the Airport to the bus stop.

George Best Airport is located in Belfast, County Down, Northern Ireland. The airport terminal has a single runway in operation.

Situated adjacent to the Port, it’s 2 miles from the Town Center. It shares the site with the Short Brothers/Bombardier aircraft manufacturing facility. The airport started commercial operations in 1983.

The airport was formerly recognised as Belfast City Airport before it was renamed in 2006 in memory of George Best the famous footballer from Belfast.

The airport handled almost two and a half million passengers in 2019. 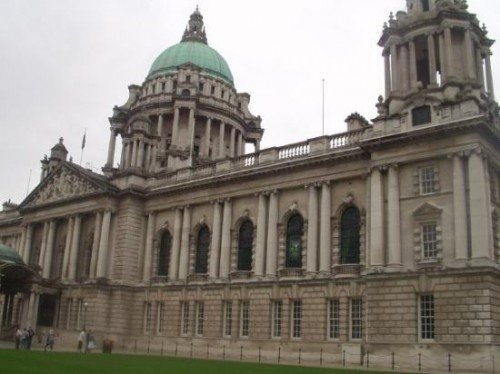 The second biggest city in Ireland following Dublin, Belfast is warm and welcoming with historical and cultural areas and points of interest for everybody.

Despite having troubles in the past, Belfast is home to some of the nicest and friendliest people who are usually welcoming to visitors.

The local scenery in Belfast offers old style buildings mixed in with newer much more modern architecture. Not far away is the Giants Causeway, it really is a city with the countryside on its doorstep.

Also lining the streets of Belfast are all the traditional Irish pubs that never fail to impress with live music playing at night.

Most of the clubs and bars are open till 1am and the night life is in a class of its own. If you like shopping then the Royal Avenue is excellent with numerous well known shops as well as smaller privately owned ones.

Other notable spots of interest in Belfast to go to would be the Grand Opera House which features some amazing productions and also the Titanic Quarter; the location where the famous R.M.S Titanic was created.

The weather in Belfast might not usually be great but with so many things to see and do, the climate truly won’t matter.

Tour guides are recommended to help you get the best out of Belfast and its attractions but there’s absolutely nothing stopping you purchasing a book and seeing it for yourself.

Belfast is a stunning and lively location which has lots of spirit and makes for a wonderful weekend away.

When you hire a car in Belfast, you won’t have to worry about public transport or waiting about. You can see all the sights on your own schedule. Book a cheap car rental Belfast City Airport deal today.