The capital of Belgium is Brussels and it is also the residence of EU(European Union). If you are traveling to Brussels you’ll love the breathtaking magnificence of the artwork and architecture of this charming city.

What to See and Do in Brussels

It’s a historic city of glorious beauty. Brussels is also the political seat of NATO. The city is packed with tourist attractions. You will find quite a few interesting spots in and around the city.

The House of the King is a beautiful building that was established in the nineteenth century. The wonderful structure dates back as far as the sixteenth century. 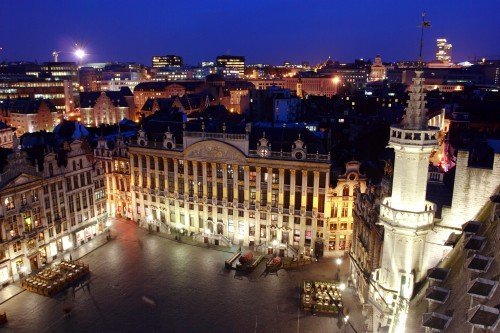 Presently its being utilized as the Museum of Brussels. Here it is possible to delve into Brussels past.

The neoclassic building of the Stock Exchange is beautified with a distinct design.

There are about 150 Belgian and 140 foreign companies represented on the Brussels Stock Market. It was designed by Architect Léon Suys in the year 1873.

It’s not difficult to reach Rue Blaes in the Grand Place. The whole street is packed with antiques shops. Walking down this avenue, you are going arrive at Place Du Jeu De Balle exactly where you may find a market place of second hand items, particularly interesting on Sundays.

Manneken Pis is one of Brussels great attractions. It was designed in 1619 and is a little fountain statue made of bronze portraying a little boy urinating in the fountain’s basin.

Surrounded by the Royal palace as well as the Belgian parliament is the main public park known as Parc de Bruxelles. It’s found within the heart of Brussels.

You can find two premiere selections for shopping in Brussels. The first is Galeries Saint Hubert-Sint Hubertusgalerijen which is the world’s 1st shopping mall according to locals.

The 2nd shopping spot is the Marché aux Puces-Vlooienmarkt flea market on Place du Jeu de Balle-Vossenplein. Here you are going to find an odd variety of just about everything at fees considerably lower than the malls can offer.

Belgium is famed for Belgian beers as well as Chocolates. As far as drinking establishments go, Beer Mania is a great  neighborhood bar that claims to have more than four hundred beers.

Anderlecht is the prime location for pub crawls with far more trendy and upscale establishments  found in both Grand Place and St. Gilles.

Wonderful cuisine can be found on every corner in Brussels. Actually Brussels is routinely regardedamong the best European cities for its culinary genius.

The city has a pleasant temperate climate with warm summers and mild winters as well as a host of sights and delights to entertain. Brussels offers far more than just beer and chocolate.