Hiring a car at Rygge Airport is a cinch here at carhirecomparison.ie. Simply fill in your details and we will compare the prices of all the best car rental Rygge Airport services. Booking is quick and easy. Rygge Airport is also known as Moss Airport (Moss is a nearby town). It is a relatively new airport having just opened its doors in October 2007. It is hoped that the airport will serve as Oslo’s second airport with plans to attract several budget airlines.

It is situated in south east Norway, sixty kilometres from Oslo so it may be a better option than Torp Airport if your aim is simply to get to Oslo. Some of the biggest names to come on board at Rygge Airport include Norwegian Air Shuttle and Ryanair.

Currently Norwegian Air Shuttle offer four domestic routes and twelve international routes to destinations such as Athens, Malaga, Valencia, Alicante and Berlin. Ryanair currently or will in the future offer flights to such destinations as Stansted, Girona, Skavsta, Bergamo, Madrid and more. At the time of writing talks with Scandinavian Airlines were ongoing. 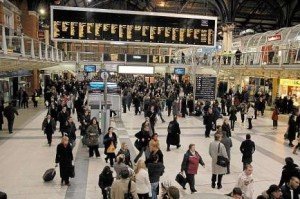 The airport is capable of dealing with up to two million passengers per year. In 2008 over four hundred and thirty thousand passengers used the airport. Airport officials hope to cater for a million plus passengers annually in the future.

There are hourly train services from Rygee station to Oslo. The station is located four kilometres from the airport with free shuttle buses available. There are also buses services to Oslo and other Norwegian destinations. Travel time is a little over an hour to Oslo.