Numbers passing through Shannon Airport have been on the decline since 2007 but now as an independent airport it is hoped that this reversal in fortune is about to change. 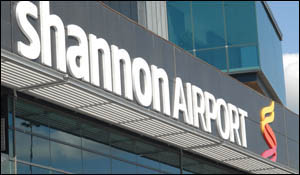 The first of hopefully many deals was made with Ryanair this week to offer flights from Shannon to Alicante starting from June. Speaking on behalf of the airport committee, Rose Hynes welcomed the development highlighting the fact that they were following up on their promise to increase passenger numbers.

Ryanair are believed to have been offered a better deal than they were by the previous management – the Dublin Airport Authority. Michael Cawley of Ryanair lamented on how the growth of the company in Ireland has been on a smaller level than it has across Europe but hoped for a continual decrease in airport rates in future years.

Alicante is the 5th new route brought in since going the independent route following on from Faro, Chicago, Philadelphia and Glasgow.