Compare our low cost car rental Lleida Airport offers now. Lleida Alguaire Airport is located in Alguaire which is fifteen kilometres from the centre of Lleida, Catalonia, Spain. Lleida Alguaire has been designed as a regional airport to provide passenger services and cargo transport to the people of Western Catalonia and Andorra. The airport terminal building project had a budget of one hundred and thirty million euro and it is the very first airport terminal built and owned by the Government of Catalonia. Two new highways, the Autovías A-14 and A-22, will supply road access to the international airport. The opening took place on the seventeenth of January 2010. Flights obtainable consist of Ryanair routes to Hahn and Bergamo while Pyrenair Madrid fly to Lisbon and Porto. Vueling Airlines and Iberia provide domestic routes.

Lleida is the capital of el Segrià a big county on the western edge of Catalonia that takes its name from the River Segre which crosses the country and is the economic and demographic hub of inland Catalonia. The streets of Lleida with their rich historical and monumental heritage also bear witness to the business activities and initiatives befitting a major modern city. There’s a whole city waiting to be found. Remember that Lleida is famed for 2 splendid castles – the Seu Vella Cathedral and also the Templar castle of Gardeny. And if you’re an art lover, do not miss the Museum of Lleida and also the Lotja of Lleida which are modern facilities for theatre, congresses and business tourism. The Seu Vella cathedral, also recognized as Lleida Castle is certainly the city’s most emblematic monument. 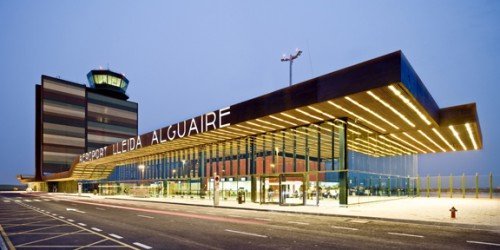 This unique cathedral sits on top of the hill overlooking the city and affords wonderful views of Lleida and also the surrounding countryside of Segrià county. Building of the cathedral started in the early thirteenth century, but the bell tower was not finished until 1431. According to historians, the cathedral was constructed on top of a former Muslim mosque. The temple was the very first construction to be finished and was consecrated for worship in 1278 and dedicated to the Virgin Mary. It has a Latin cross floor with a nave and two aisles. The outstanding works of the interior include the stonework of the naves, which display the influence of the artisans from Tuscany, Toulouse and Provence who worked on the cathedral all through the thirteenth century. The new Museum of Lleida, which incorporates the Lleida County and Diocesan Museums, opened its doors in November 2007 as the flagship of Lleida’s museums.

A tour round the seven thousand square metres of exhibition rooms offers a great introduction to the city’s background, starting with prehistoric times and continuing towards the present day. The pieces displayed in the museum come from the merger of 2 century-old collections along with a wish to unite the items that represent the heritage of the town and its region of influence below one roof. One of these may be the selection of the sacred art from the Diocesan Museum which is the most recent incarnation of the museum created in 1893 by Bishop Messeguer. The other may be the archaeological selection of the Institute of Lleidan Studies which traces its origins back to the Museum of Antiquities founded within the middle of the nineteenth century whose selection passed to the hands of the IEI. The museum also houses the coin selection of the Provincial Council’s Numismatic Department along with some pieces of the so-called Cathedral Treasure.