The city of Charleroi is situated in the Hainaut Province in Belgium. It’s proximity to Brussels has meant an influx of visitors over the years due to budget airlines setting up at the airport.

There are local buses available to take passengers to Charleroi Train Station. This journey takes less than twenty minutes and runs every half hour. There are also direct buses to Brussels available. Drive time is around one hour with twenty services available per day. 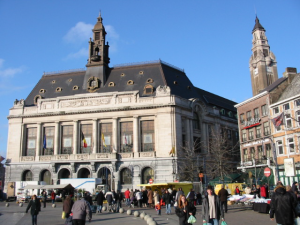 The option of a car hire Charleroi Airport service is worth considering. We have an excellent range of Charleroi rental cars available at cheap prices. Search for a quote today to see just how reasonable it is.

Ryanair is the main airline operating at Charleroi with fifty eight routes available at the time of writing. Some of the routes available include Dublin, Bratislava, Edinburgh, Stockholm, Glasgow, Brindisi and Venice. Wizz Air offer flights to Prague, Budapest, Sofia and Warsaw while there are also flights offered by Jet4you, On Air, Air Arabia and Jetairfly.