Inside the airport you will find nine car rental Bratislava Airport firms offering services. We compare the prices of all the best local  firms meaning excellent cash savings as well as taking the legwork out of finding a suitable rental car. Bratislava is the capital city of Slovakia. It can be found in the South West of the country. It is just sixty kilometres from the Austrian capital Vienna. The official name of Bratislava Airport is Milan Rastislav Štefánik Airport while for simplicity it is also sometimes known as Bratislava-Ivanka. It is located nine kilometres to the north east of the city and deals with the majority of international flights into Slovakia. 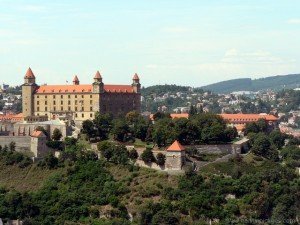 The airport has seen a dramatic increase in traffic over the years. In 2001 there were two hundred and eighty three thousand passengers. Eight years later this had increased by a staggering seven hundred percent plus to over 2.2 million. Compare costs now using our booking engine.

The countries of Austria, Hungary and Czech Republic are all easily reachable from Bratislava. Many people are now seeing Bratislava as a cheap location for a ski holiday. Some of the best resorts within driving distance include Jasná Nízke Tatry, Štrbské Pleso, Donovaly and Snow Paradise Ve?ká Ra?a – Oscadnica. .